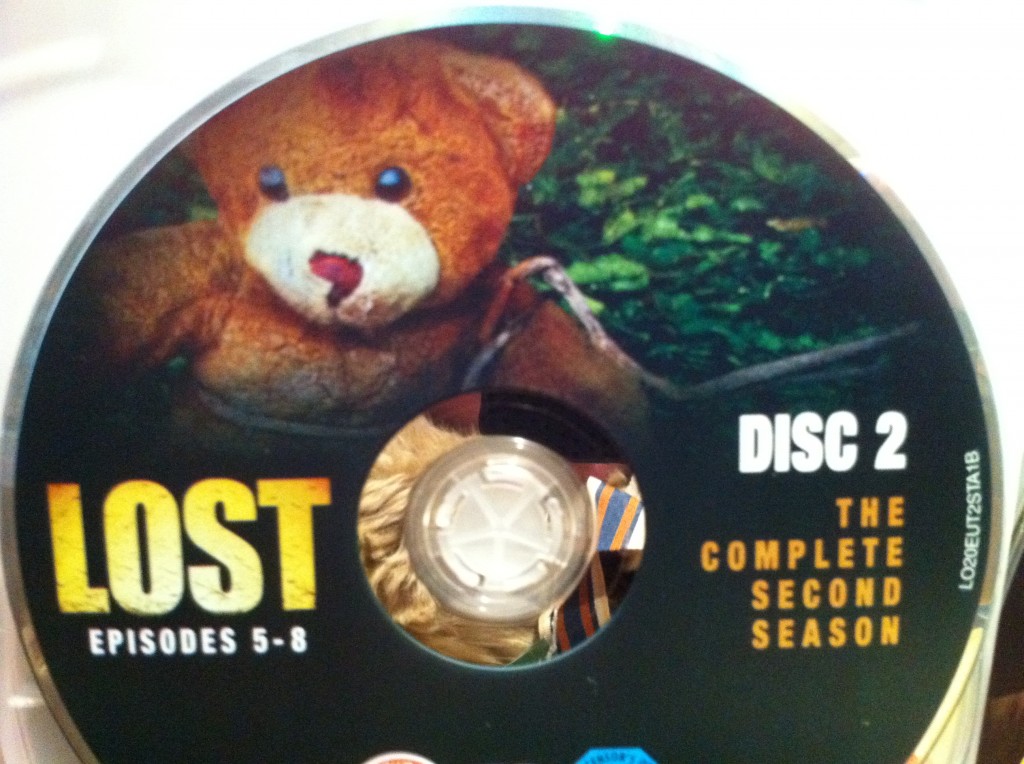 I was given the boxset for the tv series Lost for Christmas. I started watching it, and noticed that whilst the discs normally show pictures of the characters on them, the second disc for the second season had a picture of a teddy bear on it. I guess this was a missing character from the series whose story ended up on the cutting room floor, so we never got to see how they survived on the island against the polar bears.